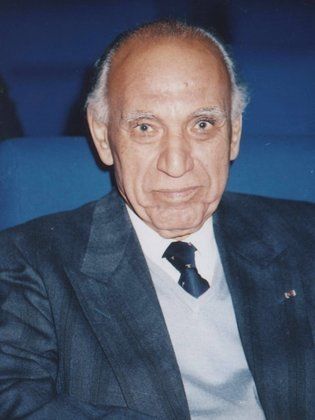 Salah Abu Seif is an Egyptian director and screenwriter, known as one of the pioneers of realism in Egyptian cinema. At the beginning of his adult life he used to work in a textile company in Mahala, where he met director Nizai Mostafa, who helped him to move to Studio Masr, a...Read more major production studio in Egypt at the time, when he noticed his passion with cinema. Abu Seif studied filmmaking in Italy and France, and upon his return, worked in Studio Masr for a long period, until he became the head of the editing department. He worked as an assistant director to Kamal Selim in the film "Al Azima" (Determination). His first feature film was "Howa Da'iman fi Qalby" (He is Always in My heart), which starred Emad Hamdy and Aqila Rateb in 1946. His most notable films include "Alqahira 30" (Cairo 30), "Alzawga ALthaneya" (The Second Wife) and "Albedaya" (The Beginning).