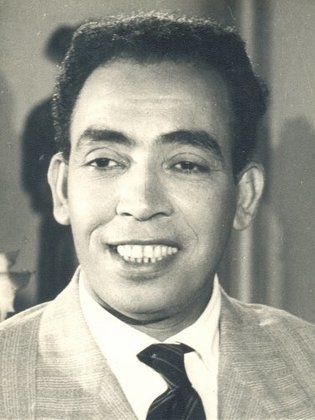 Ismail Yasin Ali Nakhla was born in Suez (15 September, 1912) where he led a miserable unstable childhood, and had to leave primary school when his mother died and his father went to prison. His first job was a chanting salesman assistant in front of a shop. In so doing, he train...Read moreed his voice and decided to become a singer, as he was very fond of the legendary musician Mohamed Abdel Wahab. He sang in weddings and cafés and then moved to Cairo to join the Badee’a Massabny acting troupe. Hence, filmmakers recognized him. It was Fouad al-Gazayerly who gave him his first role in “Khalaf el Habayeb" (Lover’s offspring) in (1939). Ismail joined Aly al-Kassaar troupe and became a brilliant monologist. When he rose to fame, he was one of the few actors who had a series of films bearing his name: "Ismail Yasin fel-Police" (Ismail Yasin..Policeman), "Ismail Yasin fel-geish" (Ismail Yasin..In the army), “Ismail Yasin fel-tayaraan" (Ismail Yasin.. In the Airforce), ...etc. In the 1950’s, he formed a troupe with Abul –So’oud al-Ebiaary. Among his famous plays are; “Habeeby Koukou" (My darling Koukou), "Al-mofattesh al-aam" (The Inspector General)”, among others. When film industry underwent a downfall in the the late sixties of last century, he left to Lebanon where had to play small roles, something that he did also upon his return to Egypt before dying of a heart attack. Ismail Yasin is considered a very special and unique case among Arab comedians. He was famous for mocking himself and his looks in his films. Although considered a farcical clown by a number of critics and audience, the admiration of his performance throughout generations of Egyptians and Arabs maintains his phenomenal status to this day. He died in May 1972. His son Yassin was a film and television director (1949 – 2008).