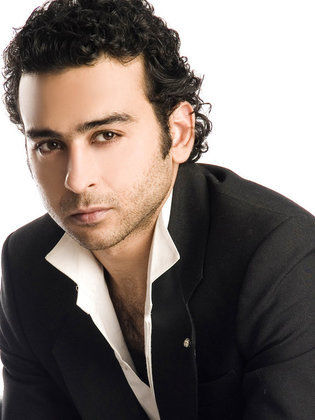 Ahmed Azmy started his career at a very early age. His career path began at the age of 11, when he used to write poems and send them to a children's radio show. His poems and letters were so moving, that they grabbed the attention of Mohamed Hamdy, the president of radio...Read more broadcasting at the time. Hamdy introduced him to Abla Fadila, who personally invited him to be a regular on her famous children's radio show. From children's radio, he was introduced to the actress Inaam elKretili, who helped launch his career in television. He first appeared as a child actor in the TV show "Elforsan (The Knights)" starring Ahmed Abdel Aziz. After finishing high school, he enrolled in the High Academy of Performing Arts to cement his talent and work experience with a formal education in acting. He also enrolled in the director Youssef Shahin's talent agency, which gave him his first job as an adult in the movie "Elabwab elmoghlaqa" after passing rigorous auditions and casting calls. In 2001, he won numerous "Best Actor" awards in 3 different movie festivals for his role in this film. He later went on to act in Yousry Nasrallah's film "Elmadina" Azmy gained notoriety through his role in the popular TV show "Abbas elAbyad" starring Yehia elfakharany, whom Azmy considers his godfather in this industry. He lives with his wife Dina and son Adam.