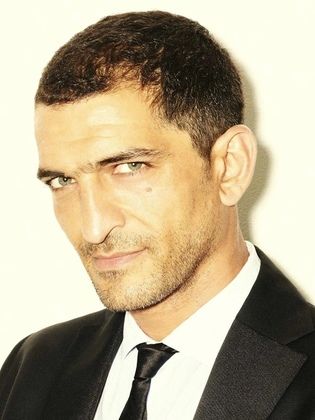 Amr Waked is an Egyptian film, television and stage actor. Western audiences best know him for his roles as the terrorist leader in "Syriana" (2005) opposite George Clooney, Rafik in Soderbergh's "Contagion" (2011), and as Yemeni Sheikh Muhammad in...Read moread in "Salmon Fishing in the Yemen" (2011) alongside Emily Blunt and Ewan McGregor. Waked graduated from the American University in Cairo with a degree in political science. He worked full-time as a stock trader and moonlit as an actor before fully committing to his acting career. He got his break in 2001 with "Ashab Wala Business" (Friends Or Business). His performance was so convincing, audiences left the theater believing he was a Palestinian actor. He got his first lead role in "Deil el Samaka" (The Fish's Tail) in 2003, for which he won a Best Actor award at the Alexandria International Film Festival. He was one of the first high-profile celebrities to openly join the 2011 anti-Mubarak protests. The next year, he honored the revolution in his critically acclaimed film "Winter of Discontent" directed by documentary-maker Ibrahim El-Batout. He made headlines in 2011 when he boycotted the Cannes screening of "18 Days" (he starred in and produced one of the short vignettes in the film) because of the festival's inclusion of certain anti-revolutionary figures.