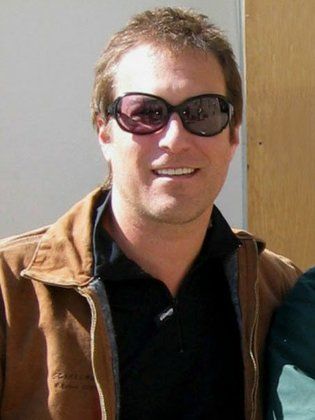 John Joseph Corbett was born in Wheeling, West Virginia, USA. He is an actor and country music singer with parents of Irish and Russian descent.

Corbett started playing the guitar at the age of seven. It was not before his high school graudation from Wheeling Central Cat...Read moreholic High School in 1979 that he moved in with his father and stepmother in California. For the next six years he worked at a steel factory, Kaiser Steel, and due to his back injury he ended his work there as a hydrotester and enrolled in theater classes and hairdressing classes at Cerritos College in Norwalk until 1986. He appeared in 50 national commercials afterwards. Corbett’s acting career started with a role in the first season of a comedy-drama TV series in 1988 called The Wonder Years. From 1990-95, he starred in another comedy-drama series, Northern Exposure, for which he received nominations for the Golden Globe Award for Best Supporting Actor – Series, Miniseries or Television Film, and the Primetime Emmy Award for Outstanding Supporting Actor in a Drama Series. In 1997, he portrayed the leading role in a sci-fi series, The Visitor, for which he was nominated for the Saturn Award for Best Actor on Television. Corbett played the role of Aidan Show in the HBO comedy series, Sex and the City, from 2001-2002. He then had the leading role in My Big Fat Greek Wedding (2002) for which he was nominated for a Screen Actors Guild Award. Corbett had starring roles in films like Raising Helen (2004); the musical drama film, Raise Your Voice (2004); the horror film, The Messengers (2007); the television film, Montana Sky (2007); the crime thriller, Street Kings (2008); the romantic comedy, I Hate Valentine’s Day (2009); the comedy film (Baby on Board) and the thriller, The Boy Next Door (2015). He also reprised his roles in the sequels, Sex and the City 2 (2010) and My Big Fat Greek Wedding 2 (2016). He is a co-star in the sequel, 47 Meters Down: Uncaged (2019). Corbett was inducted into the Academy of Motion Picture Arts and Sciences in June 2011. As for his musical career, Corbett starred in a music video for the Scorpions single, “Woman” in 1993. He released his debut album, John Corbett (2006) and its single, “Good to Go”, ranked as number 48 on the Billboard Hot Country Songs chart, which was the highest debut by a new artist from an independent label. In 2008, he was featured in Trisha Yearwood’s single, "This Is Me You're Talking To”. Corbett released his second album, Leaving Nothin’ Behind in 2013.