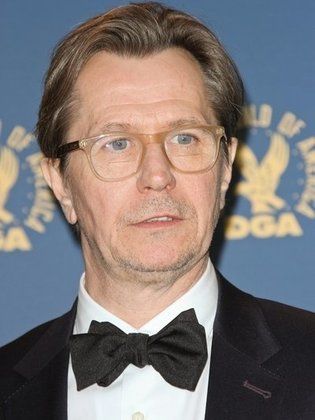 Gary Oldman is a British actor and filmmaker who was born on the 21st of March, 1958. Oldman first came to the attention of the public in the 1980s when he received praise for a series of successful performances. Oldman is best known for his portrayal of dark characters in such...Read more films as “Air Force One”, “Hannibal” and “Dracula”. He is also widely regarded for his assumption of real-life characters such as Beethoven in “Immortal Beloved” and Lee Harvey Oswald in Oliver Stone’s “JFK”. Aside from his film roles Oldman has made several appearances on television. His guest appearance on hit TV sitcom “Friends” saw him winning an Emmy for that performance.