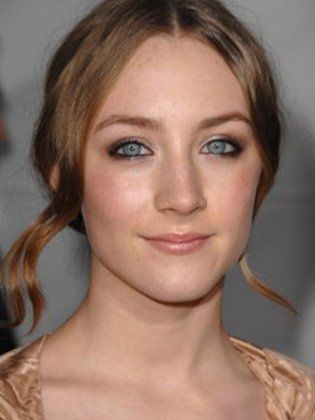 Saoirsie Ronan, born in New York City on April 12, 1994, is a promising young Irish actress who's earned critical acclaim and international fame for her performance in "Atonement" (2007) co-starring Keira Knightley and James McAvoy. Her performance earned her...Read more Academy Award, BAFTA and Golden Globe nominations for best supporting actress, making her one of the youngest nominees in Oscar history. She followed "Atonement" with a string of successful and diverse films like sci-fi "The City of Ember" (2008), war drama "The Way Back" (2010) and the action thriller "Hanna" (2011) as the lead protagonist, a teenage outlaw-assassin trained in survival and self-defense by her father, an ex-CIA man, played by Eric Bana. One reviewer wrote, "What keeps us hooked is Ronan, a young actress of seemingly limitless abilities, and the tension she creates between Hanna's inhumanly agile body and quizzical eyes, which turn cold only when she pulls the trigger." Ronan's performance in Peter Jackson's "The Lovely Bones" earned her a Critics Choice Award and a Saturn Award, as well as her second BAFTA nomination. In 2013, she stars in the sci-fi romance "The Host" based on the novel by Stephanie Meyer, author of the "Twilight" book series.