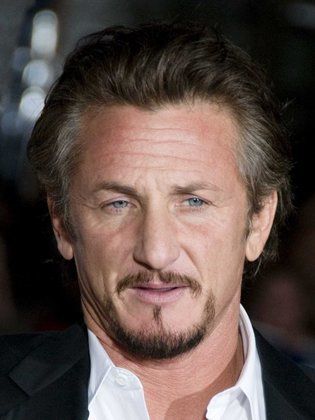 Sean Penn is a Jewish American actor born on August 17, 1960. Penn was encouraged by his parents, a director father and actress mother, to pursue his interest in the arts from an early age. In high school, he began making short films with neighborhood friends Emilio Estevez and...Read more Charlie Sheen, both successful actors. Penn soon began to work professionally in Los Angeles in theater and television, and made his film debut in 1981 in "Taps" as a military cadet alongside Tom Cruise, also making one of his first film appearances. Penn's '80s film credits include the classic "Fast Times at Ridgemont High" (1982), "Bad Boys" (1983), and "At Close Range" (1986) with Christopher Walken. Penn has been nominated for the Academy Award for Best Actor five times. He didn't win for "Dead Man Walking" (1995), "Sweet and Lowdown" (1999), and "I Am Sam" (2002), but took home the gold statue for the Boston crime drama "Mystic River" (2003) and then for the Harvey Milk biopic "Milk" (2008). Penn has directed the critically acclaimed films "The Crossing Guard" (1995), "The Pledge" (2001) and the Oscar-nominated "Into the Wild" (2007). Penn was married to pop icon Madonna from 1985 until 1989. Their relationship was married by violence and abuse. In 1987, Penn was jailed for attacking paparazzi, and then charged with felony domestic assault for hitting Madonna across the head with a baseball bat. They got divorced two years later. Penn was with actress Robin Wright from 1991 until 2010. They have two children. Penn has been involved in a number of political causes, including support for same-sex marriage, multi-layered anti-Bush activism and criticism regarding the Iraq War, deterioration of civil liberties and Hurricane Katrina relief efforts, as well as his continual support and reverence of Venezuelan leader Hugo Chavez, who was his friend.