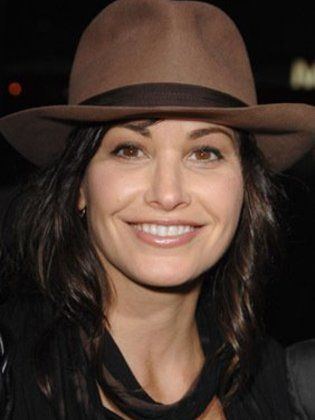 Gina Gershon is an American actress who was born in LA, USA on June 10, 1962. At the age of 7, she started her acting career when she participated in a school production of the 1963 movie “Bye Bye Birdie”. To give Gina the chance to pursue her dream of becoming an actress her par...Read moreents moved to Beverly Hills so she can attend Beverly Hills High. After she finished high school in 1980, she went to Emerson College in Boston, but took a part in the musical "Runaways". Gershon later transferred to New York University. During her time in NYC, she co-founded the theater company Naked Angels with Helen Slater. The actress’ breakthrough was her 1986 movie “Pretty in Pink”. She also appeared in the 1988 movie “Cocktail”, in which she worked with Tom Cruise. Referring to that movie, she said: "One of my first gigs, a movie called Cocktail , I found myself at 8 in the morning, in bed, practically naked, having to make out with Tom Cruise; hmmmm... movie business - so far, so good". The movie that gave her the biggest success was “Showgirls”, in which she played a unique role.