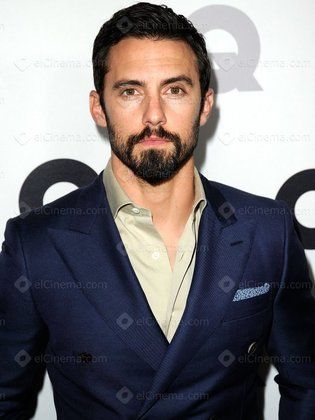 Milo Anthony Ventimiglia is an American actor best known for his role as Peter Petrelli on the NBC television series Heroes and his role as Jess on the WB series Gilmore Girls.

Ventimiglia was born in California, in which he attended El Modena High School, were he first s...Read moretarted acting in drama productions. At the age of eighteen, he joined the American Conservatory Theater for their summer program, then started a theater major at the UCLA. Ventimiglia's first role was as a gay teenager in "Must be Music", one of five short films that were compiled to form "Boys Life 2", a compilation movie about being gay in America. From there, Ventimiglia landed a small role in "The Fresh Prince of Bel Air", and also guest starred on such television series as "CSI: Crime Scene Investigation", "Sabrina, the Teenage Witch", "Law and Order: Special Victims Unit" and "Boston Public". He had his first career break playing the part of the main character, Jed Perry, in the short-lived FOX TV series, Opposite Sex. Milo also played a key role in an Apple advert for the Apple iBook. In his biggest role to date, he starred as Peter Petrelli in the NBC program "Heroes", a show about "ordinary" people discovering they have superpowers. Alongside his work in "Heroes," Ventimiglia has also taken on other projects. In mid-2007 he starred as the love interest of pop/R&B singer Fergie in the music video for "Big Girls Don't Cry". In 2008, he starred in the horror film Pathology. The movie co-starred "Charmed" actress Alyssa Milano and was directed by Marc Schoelermann for MGM. Milo's latest appearance was as Chris Ford, the son of former american soldier Benjamin Ford (played by Robert De Niro) in the action drama "Killing Season".