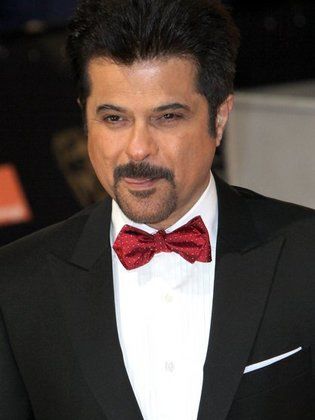 Anil Kapoor is an Indian actor who was born in the State of Bombay, India on December 24, 1956. He studied at O.L.P.S. (Our Lady of Perpetual Succor) School and was a huge fan of Bollywood flicks that were telecast during the Ganesh Maha Utsav every year. He idolised Raj Kapoor...Read more in his childhood and was inspired by him in his acting career. After he graduated from school, he attended St. Xaviers College. His distraction and lack of presence got him expelled. When Kapoor failed the written examination to enter Pune Film Institute, he joined Roshan Taneja's Acting school instead. Since his first lead role in “Woh 7 Din”, he has been a prolific actor and has a great reputation in India and even worldwide. His role in the eighth season of the American series “24” earned him a bigger audience and is regarded as one of India’s biggest actors of all time ever since. Anil Kapoor has been married to Sanjay Kapoor since 1984 and has 3 kids with her.