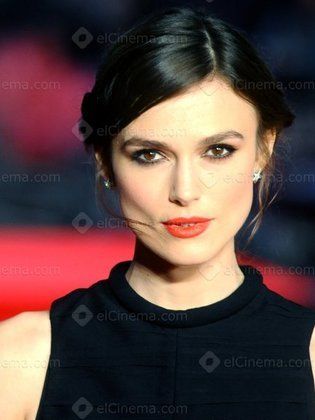 Keira Knightley is a strikingly beautiful English film and television actress known for playing strong independent female leads in period films like "Pride & Prejudice" (2005), "Silk" (2007), "The Duchess" (2008) and "Anna Karenina" (20...Read more12). She was born in London in 1985. Her parents, an actor and a playwright, conceded to her request for an agent at age 3. She got a small part in a TV movie, "A Village Affair," in 1995. Her first big role was Sabe, Decoy Queen to Natalie Portman's Queen Amidala in "Star Wars: Episode I - The Phantom Menace" in 1999. She gained international attention for her lead performance in the feel good "Bend It Like Beckham" (2002), a huge box office success. In 2003, she struck gold with "Pirates of the Caribbean: the Curse of the Black Pearl" and became the beauty of the franchise, co-headlining with Johnny Depp and Orlando Bloom. She resumed her role in the two sequels in 2006 and 2007. The films put her on the international map, as did her performance in the universally acclaimed "Pride & Prejudice" (2005), which earned six BAFTA nominations and earned Knightley a Golden Globe and an Oscar nomination for best actress, making her the third youngest best actress nominee in Oscar history at the time. Knightley later got her first BAFTA nomination for her performance in "Atonement" (2007). She's wandered outside of period dramas, playing in the psychological thriller "The Jacket" (2005), the dystopian science fiction "Never Let Me Go" (2010), the Christmas romantic comedy "Love Actually" (2003), and the dark comedy "Seeking a Friend for the End of the World" (2012).