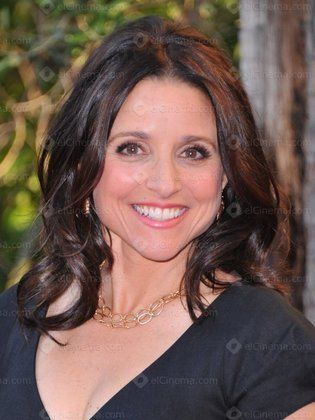 Julia Louis-Dreyfus is an American actress, comedian and producer, who’s memory will be preserved throughout the ages for her work on NBC’s “Seinfeld” (1989-1998). Louis-Dreyfus got her start in the Practical Theatre Company in Chicago, after which she became a cast member on...Read more “Saturday Night Live from 1982 to 1985. Her big break came when she was cast as Elaine Benes on “Seinfeld,” which went on to be one of the most critically and commercially successful sitcoms in television history. She also stars as Selina Meyer in “Veep,” for which she’s earned a Golden Globe nomination as well as two consecutive Primetime Emmy Awards for Leading Actress in a Comedy Series. Throughout her career, she’s won four Emmy Awards, a Golden Globe and five Screen Actors Guild Award. She’s currently holds the record for being the only woman to have won an Emmy three times, for three separate comedy series. She’s the most nominated actress in Emmy history, with fourteen nominations to her name. Louis-Dreyfus produced the first two seasons of “Veep,” which earned her two more Emmy nominations, bringing up her total to sixteen Emmy nominations. The actress also graces the screen in "Deconstructing Harry" (1997), "The New Adventures of Old Christine" (2006), "Curb Your Enthusiasm" (2000-2009) as herself, and "Arrested Development" as a blind attorney who has a hilariously messy affair with Michael Bluth.