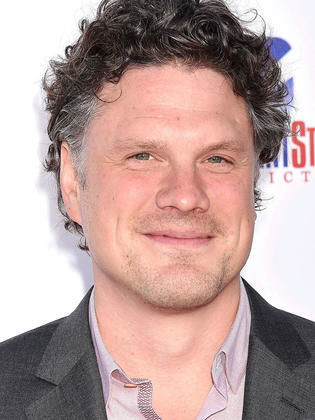 Johannes Christopher Edward Roberts was born in Cambridge, England. He is a film writer, producer and director of horror movies.

At the age of 22, he wrote (writing a film includes developing the film’s original story and writing its detailed screenplay), directed and pr...Read moreoduced his first film, Sanitarium, along with its photography and music credits. The film was released around the world with a self-funded budget of GBP 5,000. Over the next five years, Roberts directed and/or wrote a series of low-budget DVD horror films, like Forest of the Damned (2005), and the world’s first series about mobile phones, When Evil Calls (2006). In 2010, Robers wrote and directed the film, F (2010), about how a college could become a place of violence rather than a place for education. The film was distributed in UK movie theaters by Studio Canal and was critically acclaimed. His film, Storage 24 (2012), was highly praised for its innovative use of award winning practical creature effects. His next horror film, The Other Side of the Door (2016), was filmed entirely in Mumbai and became one of Fox International’s most commercially successful movies, grossing US$ 15 million. The survival horror film, 47 Meters Down (2017), which was written and directed by Roberts, is considered the first action drama movie to be filmed almost entirely underwater. While it was intended only for DVD release, Entertainment Studios bought the film and instead released it in 2000 movie theaters. The film, produced on a budget of US$ 5 million, grossed US$ 65 million at the box office to become the most successful independent movie of 2017. In 2018, Roberts directed the sequel, The Strangers: Prey at Night (2018) which ranked the top third US Box Office film in this year, grossing US$ 30 million. Roberts is also the director of the sequels, 47 Meters Down: Uncaged (2019) and Resident Evil: Reboot (in making).