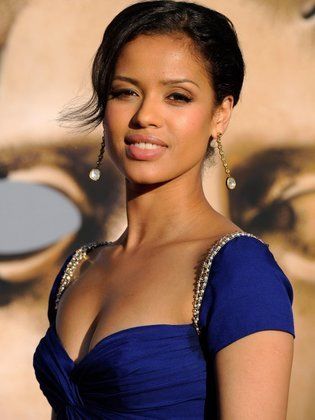 Gugu Mbatha-Raw is an English actress who was born in Oxfordshire, England on April 21, 1983. Her parents got separated when she was one year old and her mother solely raised her. However she is still close to her father, a South African doctor. She started acting at a young age,...Read more participating in the pantomime at Oxford Playhouse every year from the age of 11. In 2001, she won a scholarship to the Royal Academy of Dramatic Art (RADA) in London. After she graduated in 2004, she appeared in all media, including an acclaimed role as Juliet in "Romeo and Juliet" at Manchester's Royal Exchange Theater in 2005, which earned her a nomination for Best Actress in the Manchester Evening News Theater Awards. Four years later, Mbatha-Raw was cast as Ophelia in "Hamlet" on London's West End and Broadway. The Englishwoman also appeared in numerous TV series, such as “Bad Girls”, BBC’s “Doctor Who” and “Agatha Christie’s Marple”. At the age of 28 Gugu worked alongside Oscar-winner Tom Hanks. Two years later, she won a British Independent Film Award for Best Actress and was nominated for Most Promising Newcomer for her role as Dido Elizabeth Belle in “ Belle”. The 34-year old has also starred in the 2015 movie “Concussion” with Will Smith and in the play "Nell Gwynn", playing the actress who was the mistress of King Charles II of England, for which she earned a nomination for an Evening Standard Theatre Award for Best Actress.