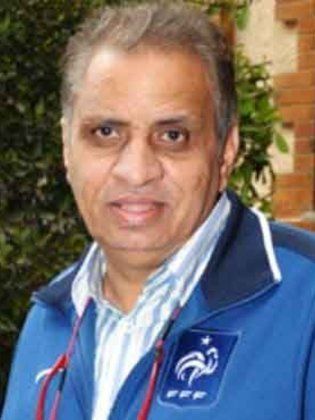 Ahmed Al Sabbky is an Egyptian producer, most of his films have been quite successful at the box office despite being subject to attacks from critics. Al Sabbky states that his works seek to engage the working classes from which he originates, thus he adds that he knows how to...Read more connect with normal moviegoers. Nonetheless Al Sabbky is constantly attacked by critics who describe his works as base and unsubstantial. Despite the views of critics Al Sabbky’s works are nonetheless very successful at the box office. Al Sabbky’s career in cinema began when he opened a video club in the 1980s atop a family owned butcher shop in the district of Al Dokki. Al Sabbky’s video club specialized in distributing and promoting foreign films in Egypt. The video club met with a high level of success and led to him and his brother owning one of the most successful film distribution houses in the Middle East. Thereafter Al Sabbky began his run as a producer and collaborated with his brother Mohamed Al Sabbky to found a producing label in the early ‘90s – “Al Sabbky for Artistic Production”. Al Sabbky’s first work was “E’youn Al Saqr” (“Eagle’s Eye”) which featured the performance of Nour El Shereef. Subsequently Al Sabbky produced “Master Karateh” (“Karate Master”), “Sawwaq Al Hannim” (“Lady’s Driver”) and “Al Ragol al Thalith” (“The Third Man”) which starred Ahmed Zaky. The Al Sabbky brothers also produced other works, their most successful endeavors being “Al Lemby” and “El Bally Ballak” which featured the performance of Mohamed Sa’ad. Those two titles achieved a particularly high level of success at the box office. Ahmed Al Sabbky has recently separated his activities from those of his brother so that both brothers now run independent production labels. His first production works following the split were “Cabaret” and “Al Farah” (“The Wedding”) which achieved commercial success in addition to being well received by audiences.