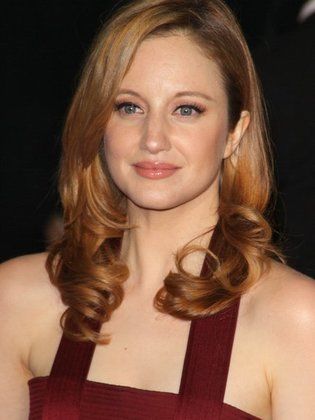 Andrea Riseborough is a British actress. She was born on October 27, 1981, in Wallsend, England. Acting in the People's Theatre as a child, Andrea pursued the performing arts at the Royal Academy of Dramatic Arts and graduated in 2005. In 2006, she won the Charleson Award for...Read more exceptional classical stage performances from actors under 30 for her performance in "Miss Julie" in "Measure for Measure." Her star has steadily been on the rise ever since, with appearances in an eclectic mix of films from indie darling "Happy-Go-Lucky" (2008), to "Never Let Me Go" (2010), "W.E." (2011) directed by Madonna, IRA drama "Shadow Dancer" (2012) with Clive Owen, "Oblivion" (2013) with Tom Cruise, and "Disconnect" (2013) an unsettling ensemble drama about the destructive and pervasive presence of the internet and technology in our daily lives. Riseborough was nominated for a BAFTA in 2009 for playing the title character in "Margaret Thatcher: The Long Walk to Finchley." She won Best Actress at the British Independent Film Awards for "Shadow Dancer" in 2012.