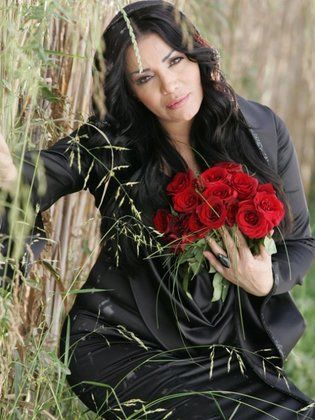 Laila Ghofran (born Jamila Omar Bouamout) is a popular Moroccan pop singer who was popular all across the Arab world. She first came to prominence in Egypt in the 1980s, though her career really picked up between 1988 and 1998, elevating her to the status of Arab diva, in part...Read more due to the work of her husband and manager Ibrahim Aakad. Ghofran had one child, daughter named Heba, from this marriage, though Heba was tragically murdered along with Ghofran’s best friend in April 2009. In June 2010, Mahmoud Essawy was sentence to death for the double-murder case. Despite her popularity, Laila has been retired from singing for many years, but her fans luckily have a number of hit albums to hold on to.