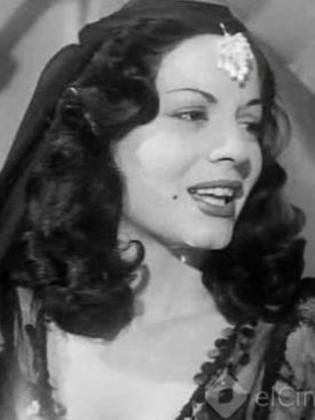 Sanaa Samih is an Egyptian actress. She was born in 1923, and started her career in the 1940s by working as an actress on stage, between Ramsis Naguib theater and George Abyad theater, and as a supporting actress on film. She appeared as Gawaher's friend in the 1949 film...Read more “Gawaher”, and as the nurse who discovers that Layla is a foundling in “Laylet Gharam” (Love Night) (1951), and as the spinster Ragaa, Kawthar's aunt in “Khadaany Aby” (My father Decieved Me) (1951), among other notable roles. She retired from acting in the late 1950s.