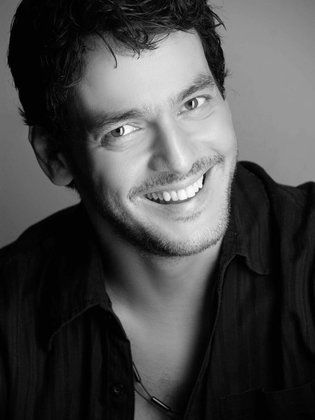 Khaled Abol Naga is a versatile Egyptian actor, model, TV host, producer and director. He was born in Cairo in YEAR, and began his career in films at the tender age of 12. He has degrees from both Ain Shams University and the American University in Cairo in communications. He...Read more continued his education in the United States where he studied film and theater. In the late 1990s, he became a popular TV show host, working on "Good Morning Egypt." In the 2000s, Naga worked on a diverse array of projects, proving his dexterity and ability to deliver in bigger budget as well as smaller, indie flicks. His film credits include the hit "Sahar El Layali" (2003), "Hob El Banat" (2004), "Banat Wust El Balad" (2005), "Civic Duty" (2006), and "Kashf Hesab" (2008) which earned Naga critical attention. In 2008, he began what would be a continuing collaboration with independent director Ahmad Abdalla. Naga co-produced and starred in "Heliopolis" for then first-time director Ahmad Abdalla. They later worked together again on "Microphone" (2010), which was a huge success around the international festival circus. The drama revolves around Khaled returning to Egypt and discovering the underground music and arts scene in Alexandria. The film conveyed the political angst and disillusionment that helped bring about the January 25 Uprising, making the film, which was shot in the months leading up to the revolution, a freeze frame of Egyptian youth before the history-altering outburst in 2011. Naga has won over eight best actor awards from Egyptian and international festivals. In 2006, he won Best Actor at the Alexandria International Film Festival for "Leabet el Hob." Naga is a Human and Child rights activist and has been a UNICEF Goodwill Ambassador since 2007. He has talked recently about his new project, "Tahrir Tahrir," a docu-drama telling the inside story of the Egyptian Revolution.