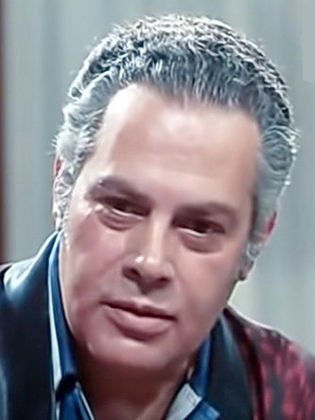 Born Yahia Yahia Hassan Shaheen in Meet ‘Okba – Giza, his acting talent started in his early school years at ‘Abdeen Primary School then Al-‘Abbasseyya technical School where he received the applied arts diploma - Weaving section 1933. Shaheen worked as a clerk in al-Mahallah. It...Read more was thanks to actor Beshaara Wakeem that his talent was discovered. He joined Fatma Roushdy Theatrical Troupe and excelled in “Mag-noun Laila i.e. The mad lover of Laila”. He continued working in both films and on stage until 1946 after playing his role in “Mortafa’aat Wuthering i.e. Wuthering heights” on stage that he decided to quit the stage. On the silver screen he played many roles and produced some films. Shaheen impersonated the role of the devoted Moslem in many historical and modern films; “Ga’alouny mogremanm i.e. They made me a criminal”, “Nessaa fee hayaaty i.e. Women in my life” and “Erham domou’y i.e. Pity my tears”. He Excelled in Nagueeb Mahfouz’s trilogy directed by Hassan al-Emaam, when he played the role of Si-Ssayed with great talent. His ability to play various roles between the pious, god fearing man, the noble bourgeois and the tyrant are very clear in “Ragol bela kalb i.e. A man without heart” and “Toffaahat Adam i.e. Adam’s apple”. Together with his talent his looks, huge body and very distinctive voice make a very special actor of Yahia Shaheen. He got married at a late age and left only one daughter, Dalia.