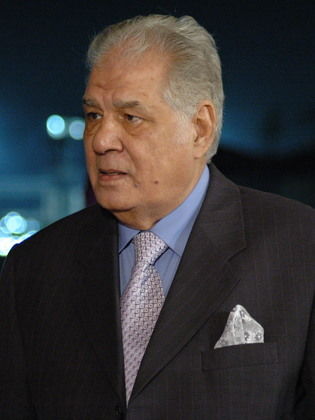 Gamal El Din Ismail Hussein was born in Cairo. He earned a degree in history from the Faculty of Arts of Ain Shams University in 1957, and a bachelor's degree from the Institute of Theatrical Arts of Cairo in 1956. He started working as a theater supervisor in the city of...Read more Alexandria in 1958. He then directed plays made by university and public companies acting troupes. He was first recognized when he played a role in the play “Sheia' Fi Sadry” (Something Inside Me), after which he appeared frequently in many successful plays, like “Sayedaty el Gameela” (My Fair Lady). In television, Gamal Ismail worked in many shows that were considered landmarks of their periods, like “Ze'ab El Gabal” (Wolves of the Mountain) and “Layaly El Helmeya” (Nights of Helmeya). His last appearances were in the TV series “Al Qasirat” (The Minors) and “Khalaf Allah”. He died in his house in 2013 after suffering a heart attack.