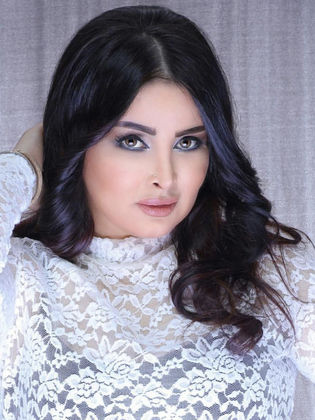 Marwa is a Saudi actress and media figure. Her real name is Mervat Mohamed al-Meteiry. Marwa has participated in varied productions which include series, programs and film titles. The actress has presented “’Amsha bint ‘Ammash” – her first undertaking as an actress – in addition...Read more to “’Azab”. With regards to regular programming Marwa has taken part in “Nassayim Tarab” in addition to performing a role in the Emirati film “Haneen”. Marwa holds a distinct vision of what it means to be daring. In her perception daring film work is defined by how one handles an idea and presents it rather than by wearing revealing clothes or undertaking explicit scenes. Marwa thus explains that each artist should wear what she believes is suitable and that she as a Saudi cannot offend the sensibilities of the public or depart from customs and traditions. The Saudi artist consistently seeks daring with regards to content and plotline in the works that she chooses, she also declines many works that are not edifying.