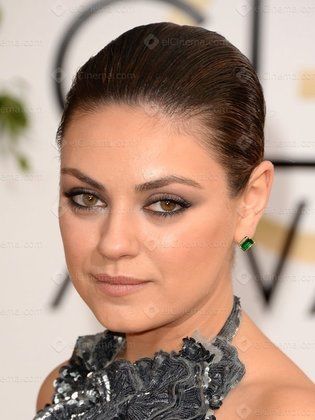 Mila Kunis is a Ukrainian-American actress known for her roles as the spoiled Jackie Burkhardt in "That '70s Show" (1998-2006), Rachel Jensen in "Forgetting Sarah Marshall" (2008) and Lily in the Oscar-winning "Black Swan" (2010). On August 14,...Read more 1983, Kunis was born in Chernivsti, Ukraine, then part of the USSR, to a Jewish family. At seven, she moved with her family to Los Angeles. Having not known a word of English, Kunis describes the move in interviews as semi-traumatic and therefore has blocked out many early memories. At nine, Mila's father enrolled her in acting classes at the Beverly Hills Studios. After starting out in commercials, Mila made her first TV appearance in “Days Of Our Lives." She was cast as Jackie in "That '70s Show" at age 14, having told producers in the audition she was a few years older. A year later, she was cast as the voice of Meg Griffin on the acclaimed animated series "Family Guy" (1999-2013). Her breakout film role was in Jason Segel's fresh and hilarious "Forgetting Sarah Marshall" (2008), which she followed with "Max Payne" (2008), "The Book of Eli" (2010) with Denzel Washington, and "Friends With Benefits" (2011) with Justin Timberlake. She teamed up again with "Family Guy" creator Seth MacFarlane for "Ted" (2012). Kunis won a number of accolades for her haunting performance in "Black Swan," including the Marselio Mastropany Award at the International Venice Film Festival, and nominations for a SAG award, a Golden Globe, and a Broadcast Film Critics Association award. She plays the Theodora (Wicked Witch of the West) in Disney's 3D "Oz the Great and Powerful" (2013). The beautiful Kunis has wide appeal, and has consistently topped "hottest women" lists since 2009. She was ranked #5 on Maxim's Hot 100 list in 2009 and 2011, and #3 in 2012. Esquire magazine named her the Sexiest Woman Alive in 2012, and she ranked #2 on AskMen's list of Top 99 Women in 2013, runner up only to Jennifer Lawrence.