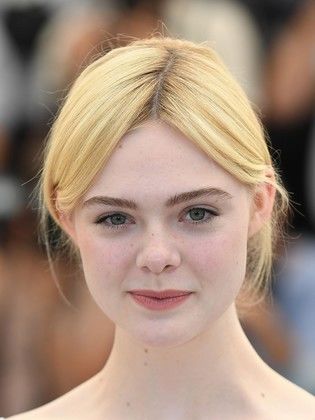 Mary Elle Fanning (born April 9, 1998) is an American actress. Fanning started acting at the age of 2 years and 8 months. She began her acting career by playing the younger version of her older sister Dakota's characters in the mini-series Taken and the movie I Am Sam. In...Read more 2002, at the age of four, Fanning won her first role independent of her sister in the comedy Daddy Day Care. In 2005, she played Debbie, the daughter of Richard and Susan Jones (played by Brad Pitt and Cate Blanchett) in the Academy Award-winning film Babel. In 2006, Fanning took her first lead role as Emma Learner in Reservation Road. In 2011, Fanning starred in her breakout role as Alice Dainard in J. J. Abrams' sci-fi-drama blockbuster, Super 8. For this role she received overwhelming critical acclaim. She also starred in 2014 as Princess Aurora alongside Angelina Jolie in Maleficent.