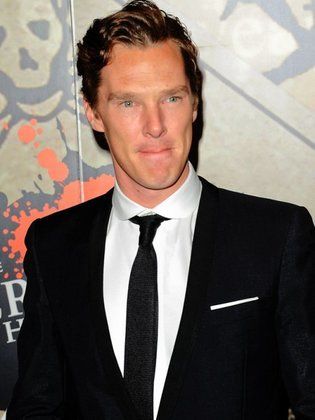 Benedict Cumberbatch is an English actor on the rise both in the States and his native Britain. He's now best known for playing Stephen Hawking in the BBC drama "Hawking" (which earned him a BAFTA nomination), William Pitt in the historical drama "Amazing...Read moreazing Grace," Paul Marshall in "Atonement" (1997), protagonist Stephen Ezard in the thriller miniseries "The Last Enemy" (2008), and Sherlock Holmes in the BBC modern adaptation series "Sherlock" (2010). Cumberbatch came up in the world of theatre, earning a Laurence Olivier nomination for his performance in "Hedda Galber" in 2005. His film credits include Spielberg "War Horse" (2011) and "Tinker Tailor Soldier Spy" (2011). Cumberbatch will play Smaug the Dragon in Peter Jackson's "The Hobbit" trilogy, through voice and motion capture. He also plays the menacing Necromancer in the same trilogy. Cumberbatch will be playing the villain in J. J. Abrams' upcoming "Star Trek into Darkness." In March 2011, the English actor split from his girlfriend of twelve years, fellow British actress Olivia Poulet.