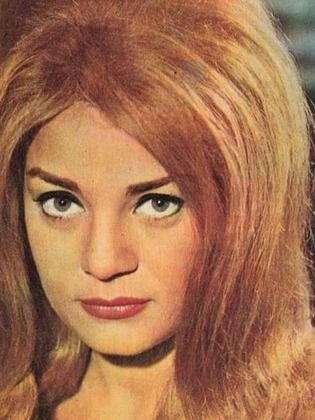 The legendary actress Nadia Lotfy (born at Abdeen in Cairo) is one of the most popular actresses in Egyptian cinema history. Her birth name is Paula Mohamed Shafeek. Her name “Nadia Lotfy” was inspired by the famous “La Anam” or “No More Sleep” novel, written by Ihsan Abd El...Read more Kodoos. She attracted attention once she was introduced by the internationally acclaimed director Youssef Chahin. Together with the famous director Neiazy Mostafa, Nadia Lotfy presented outstanding performances in several of his movies like “Ebnet El Leil” (Daughter of the Night). She also worked with singer and actor Abd El Haleem Hafiz in several movies like “Abee Fawk El Shagar” or “Father Above the Tree” and “El Khataya” (The Sins). She also co stared in the play “Bamba Kshr” and the soap opera "Nas we Nas" (People and People). In 1963, she performed one of the most remarkable roles in “El Naser Salah El Deen” movie, directed by Youssef Shaheen, as a Frankish woman warrior of the Crusade campaign, who decided to sacrifice everything for a higher cause and go into battle against her Christian-Arab lover. She won several awards for her critically acclaimed roles in “El Nazara El Sawdaa” or “The Dark Glasses” and “El Seman Wel Khareef” (The Quail and the Autumn). Nadia Lotfy is also known for her political activism concerning the Palestinian cause. She also shortly wrote columns in several Arabic magazines. The star is also a member of several charities such as The Diasbled Children Care Association and the Committee of Foreign Affairs for Arabic Affairs. In the 1970s, Lutfi's career quickly wounded down as Egypt's "Golden Age" of cinema came to a close, due to the increasing competition from foreign films, a decline in economy, and the growth of home video.