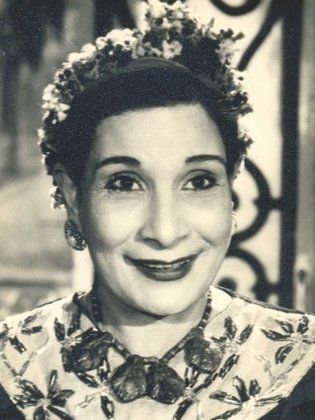 Mary Moneib was a Syrian actress. She was born in the Syrian capital Damascus in 1905. She then moved to Egypt with her family and resided in the town of Shubra. Moneib started her acting career on stage, working with several theater troupes including that of Naguib El Rihany and...Read more Beshara Wakim. She then started appearing on film in the mid 1930s, and became an extremely popular supporting actress, often depicting roles of the mother or the wicked mother-in-law, in films like “Hamaty Malak” (My Mother-in-law is an Angel), “Leabet Elset” (The Woman's Game) and “Om Ratiba” (Ratiba's Mother). She died in 1969 at the age of 64.